Here’s a Trade Secret — Moving Gracefully Might Be More Important than Bulking Up:

Category:
Sports Biomechanics
Comments: Comments Off on Here’s a Trade Secret — Moving Gracefully Might Be More Important than Bulking Up: 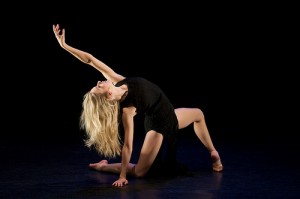 In Pursuit of Getting Stronger

Sometimes it seems like our society is based on measurables. We get excited when an NFL prospect breaks the combine record for most bench press reps. If a defensive tackle weighs in over 300 pounds, we expect them to play well.

But what good is strength if you can’t use it?

While strength plays a factor in athletic performance, it is not the primary source. Perhaps more importantly, athletes find success with the ability to move their bodies and to get into positions with ease. For example, if you have tree trunks for arms but can’t effectively with a baseball bat turn your hands and hips through the ball, your bound muscles will have little influence on your hitting prowess.

The Importance of Functional Movement

So why is functional movement important?

First off, coordinated functional movement plays a critical role in preventing injury. In clear cases, when an athlete begins to “favor” a leg or compensates their movement to accomplish a task, the likelihood of injury increases.

But even in less clear cases, a critical factor in athletic performance is functional balance. If you lose your ability to effectively balance and coordinate your body through your movements, injury becomes more likely. Don’t fall victim to the idea that having no previous injuries means you are “doing it right.” Inefficient or unbalanced movements cause injury over a longer course of time. We often tell our patients, “Asymmetry equals injury.”

Strength Is Not the Final Word

Additionally, if your strength and conditioning regimen causes you to build muscle asymmetrically or if you lift weights without a plan for the function of that muscle mass, you may fall victim to injury and ineffective performance.

Photo by Usodesita
Stronger does not always equal better performance. Next time you watch the pros in any sport, focus on their movement. Look at how graceful they slide into offensive or defensive positions; not an ounce of energy is wasted. Sure, pros in every sport are strong in their own way, but their strength supports their functional movements; it doesn’t hinder them.

At the higher levels, coaches spend time with athletes developing their graceful movements. They recognize the importance of artful movement, not only in its influence on performance, but also in its injury prevention. Development of speed, agility, endurance, mobility, dynamic balance, flexibility and skill are key players to functional strength.

No matter the level of competition or the sport, efficient functional movement patterns matter greatly. Even though people in sports seem to get fixated on strength and the measurables of the bench press, don’t focus on strength and conditioning at the expense of artful and graceful movements. Bench pressing 225 pounds 30 times does not equate into being an effective football player. Maximizing all functions of human locomotion and movement is the path to success.